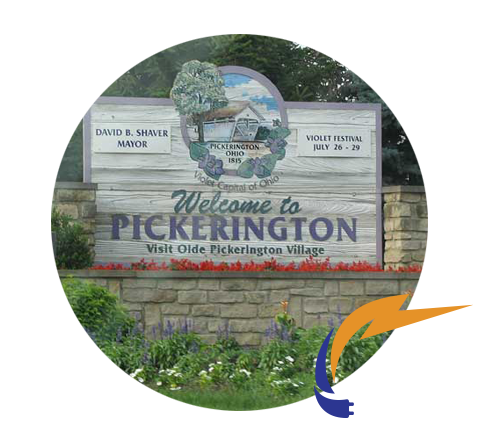 If you’re searching for a local electrician in Pickerington, OH, we encourage you to trust us at Five Star Columbus Electrical to provide the residential and commercial electrical solutions you’re looking for at an affordable rate. Our services include ceiling fan repair and installation, outlet additions, outlet installation, switch repair, whole-home generators, custom TV installation, lighting repair, LED lighting, garage light repair, and much more. We’d love to hear about your next electrical project. We offer Pickerington, Ohio home and business owners free online estimates.

Pickerington is located in Franklin and Fairfield counties. Initially, the town was founded as Jacksonville in 1815. It was named after President Andrew Jackson. It had that name until 1827, when the name changed to Pickerington in honor of Abraham Pickering, one of its founders.

A suburb of Columbus, Pickerington has a population of around 21,000. The city has grown with Columbus and is considered a great place to live because of its proximity to the city. It is located off Interstate 70, Pickerington also serves as home to the Motorcycle Hall of Fame. In 1991, the Ohio Secretary of State it as a city. Five years later, the city was designated as the “Violet Capital of Ohio” by the state. Pickerington is one of the largest cities in Fairfield County, second only to Lancaster. Of the many beautiful things about Pickerington, the city features a historic downtown shopping area. Meanwhile, Violet Township is home to rolling hills, forests, fields, and log cabin homes.

If you have a residential or commercial electrical need in Pickerington, whether it’s for an install, repair or maintenance, you need a local electrician that’s state-licensed and fully insured. In short, you need Five Star Columbus Electrical. We can “take charge” of all your electrical problems and electric needs at prices that won’t “shock” you. Our expert electricians can handle any and all types of electrical work, whether you’re installing a new service panel, upgrading wiring or outlets or need help with an electrical repair. As a member of the Five Star Family, we can help with all your home or building’s needs.