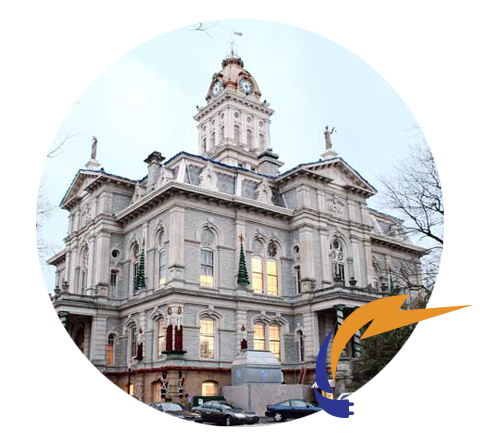 If you’re searching for a local electrician in Newark, OH, we encourage you to trust us at Five Star Columbus Electrical to provide the residential and commercial electrical solutions you’re looking for at an affordable rate. Our services include ceiling fan repair and installation, outlet additions, outlet installation, switch repair, whole-home generators, custom TV installation, lighting repair, LED lighting, garage light repair, and much more. We’d love to hear about your next electrical project. We offer Newark, Ohio home and business owners free online estimates.

With a population of around 50,000, Newark is located 33 miles east of Columbus at the junction of the forks of the Licking River. The city is the county seat of Licking County. It is Ohio’s 20th largest city and is the home to historic landmarks. Of the well-known tourist attractions in Newark, the town is the home of the Newark Earthworks. The Earthworks was constructed by the prehistoric Hopewell Indians. The site is the second largest of its kind in the state and is designated a National Historic Landmark. Today, the Earthworks site is managed by the Ohio History Connection; it was made into a state park.

For thousands of years prior to western civilization, indigenous tribes lived in the area and along the Licking River. They built massive burial mounds and enclosures that are being preserved today. The Observatory Mound, Observatory Circle, and the interconnected Octagon earthworks span around 3,000 feet in size. The Octagon alone is large enough to hold four of the Coliseums of Rome. The earliest European-American settlers arrived in 1802. They were led by General William C. Schenck, who named the town after his hometown in New Jersey. The city is also the home of the Blackhand Gorge State Nature Preserve, Dawes Arboretum, Flint Ridge Memorial, and the former corporate headquarters of Longaberger, a major basketmaker.

If you have a residential or commercial electrical need in Newark, Ohio, you need a local electrician that’s state-licensed and fully insured. In short, you need Five Star Columbus Electrical. Our skilled electricians can handle any and all types of electrical work, whether you’re installing a new service panel, upgrading wiring or outlets or need help with an electrical repair. We also perform electrical safety inspections, electrical code upgrades, and offer 24-hour emergency electrical repairs. As a member of the Five Star Family, we can help with all your home or building’s needs.