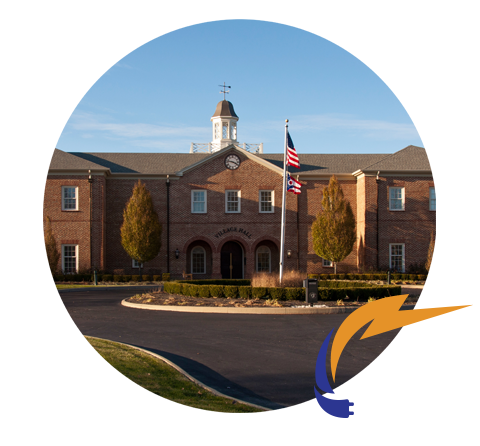 With a population of 11,000, New Albany is located in Franklin County. The city has a small portion of itself in Licking County as well. It is 15 miles northeast of Columbus. Originally settled in 1837, New Albany is an affluent suburb of Columbus. It has a unique economy with one of the town’s leaders having built a clothing empire. Established in the center of Plain Township, New Albany was divided into lots of 50 by 100 feet and sold to new settlers. A common belief held about the town’s name “New Albany” is that many of the original settlers migrated there from Albany, New York. Having said that, during New Albany’s early years, the town was originally called “Hope.”

If you have a residential or commercial electrical need in New Albany, Ohio, you need a local electrician that’s state-licensed and fully insured. In short, you need Five Star Columbus Electrical. Our expert electricians can handle any and all types of electrical work, whether you’re installing a new service panel, upgrading wiring or outlets or need help with an electrical repair. As a member of the Five Star Family, we can help with all your home or building’s needs.