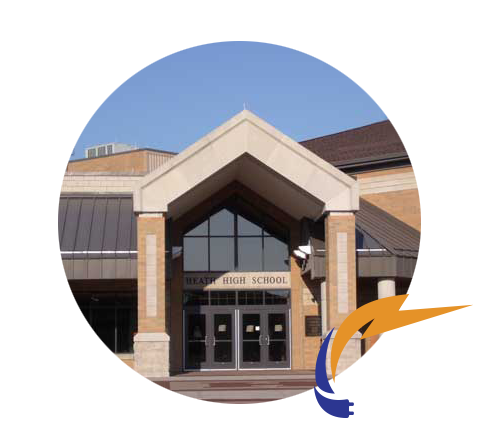 If you’re searching for a local electrician in Heath, OH, we encourage you to trust us at Five Star Columbus Electrical to provide the residential and commercial electrical solutions you’re looking for at an affordable rate. Our services include ceiling fan repair and installation, outlet additions, outlet installation, switch repair, whole-home generators, custom TV installation, lighting repair, LED lighting, garage light repair, and much more. We’d love to hear about your next electrical project. We offer Heath, Ohio home and business owners free online estimates.

With a population of around 11,000, Heath is located about 30 miles east of Columbus in Licking County, Ohio, near Newark. Thousands of years before European settlement, the area of Heath was inhabited by a native group known as the Hopewell. These indigenous people built large structures with the earth. They include ancient burial mounds, that are preserved within Moundbuilders State Memorial on the city’s north side. The town is also home to the Great Circle Earthwork, which is part of the Newark Earthworks, which extends into neighboring Newark. The Earthwork is designated a National Historic Landmark. It attracts tourists from all over the region and from out of state.

Early settlements did not take place until the 1800s, when much of the nation was devoted to the agricultural industry. Because land owners were looking to clear out the land and cultivated it, many of the original earthworks were destroyed by the 20th century. After the Second World War, the Newark Air Force Base was established in Heath. That base operated for 35 years. It was the location of Air Force’s Aerospace Guidance and Metrology Center. By 1952, Heath was incorporated as a village. Throughout the following years, it grew quickly. By 1965, Heath was chartered as Ohio’s 196th. Today, there are 250 cities total in Ohio. Heath is one of three in cities in Licking County. In 1986, the Indian Mound Mall was established, making it the first and only indoor shopping mall in the county.

If you have a residential or commercial electrical need in Heath, Ohio, you need a local electrician that’s state-licensed and fully insured. In short, you need Five Star Columbus Electrical. Our expert electricians can handle any and all types of electrical work, whether you’re installing a new service panel, upgrading wiring or outlets or need help with an electrical repair. As a member of the Five Star Family, we can help with all your home or building’s needs.