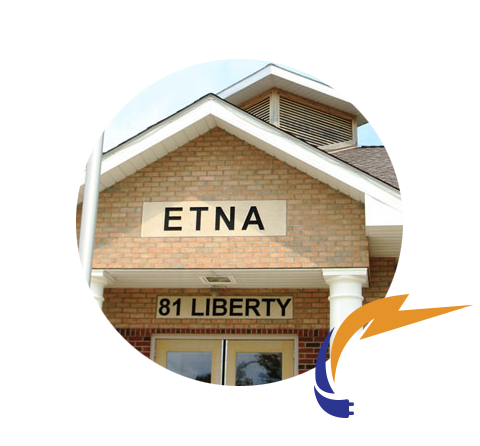 If you’re searching for a local electrician in Etna, OH, we encourage you to trust us at Five Star Columbus Electrical to provide the residential and commercial electrical solutions you’re looking for at an affordable rate. Our services include ceiling fan repair and installation, outlet additions, outlet installation, switch repair, whole-home generators, custom TV installation, lighting repair, LED lighting, garage light repair, and much more. We’d love to hear about your next electrical project. We offer Etna, Ohio home and business owners free online estimates.

This town was originally known as Carthage. WIth a population of around a thousand people, Etna is a quiet, rural community located in Licking County, Ohio. The city has an elevation of 1,069 feet. It is located at the intersection of State Route 310 and U.S. Route 40. U.S. Route 40 forms the northern border of the town. Interstate 70 forms the southern edge of the town, which is located in Etna Township. The town was named after the township.

According to the U.S. Census Bureau, the town of Etna has a total surface area of 0.7 square miles. Etna’s surface water drains into the southern fork of the Licking River, which is an east-flowing tributary of the Muskingum River. The river is part of the Ohio River watershed. Etna is primarily a conservative community. Etna is known for having an exceptionally low crime rate.

If you have a residential or commercial electrical need in Etna, Ohio, you need a local electrician that’s state-licensed and fully insured. In short, you need Five Star Columbus Electrical. Our expert electricians can handle any and all types of electrical work, whether you’re installing a new service panel, upgrading wiring or outlets or need help with an electrical repair. As a member of the Five Star Family, we can help with all your home or building’s needs.